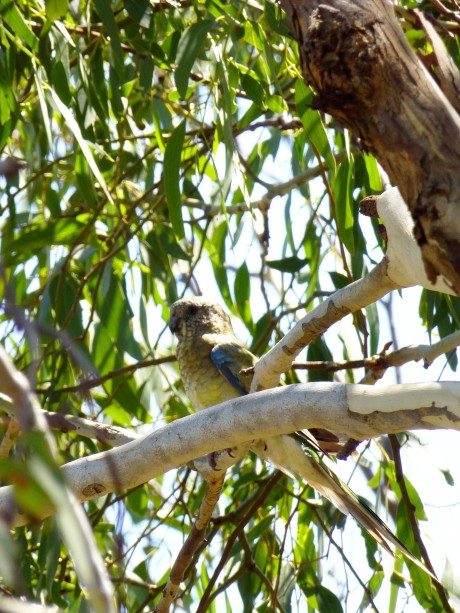 I haven’t written for a week. I finished my last blog post with a comment about how I was off to see a performance by Nick Offerman, that turned out to be the start of a very big week. Offerman didn’t start until ten thirty due to the fact that he was doing back to back shows and while he gave us our money’s worth, both in chuckles and duration, this meant my head didn’t hit the pillow until one thirty in the morning. My alarm work a bleary and disorientated me five hours later to remind me that full time work is the worst. I returned home from work at the end of the day a zombie, albeit one that eats comfort food instead of brains, but the groaning and mindlessness were consistent with your more traditional zombie. This trend of work/late night social activity continued throughout the whole week. Tuesday I went to the other side of town to be part of a test audience for a new show coming out on the ABC, Wednesday found me doing an 8km fun run through and around Melbourne zoo, Thursday was a BBQ for my sister’s birthday, until Friday where I got to relax at home with Holly and Jon for his last night in Melbourne – movies, chocolate, drinks, conversation; the usual easy fun and companionship that I’ll miss most when the Jay Bird flies back over to the other side of the pond.

So I didn’t write for a week.

And I felt that lack of writing. I had managed to successfully make writing part of my routine and when it dropped off I regretfully noticed it’s absence. But this is the way I see it – writing needs both fuel and fodder, and that ultimately means getting out there and doing stuff. I did stuff and now I’ve written about it. Point proven.

To add to that I’m currently writing this on my new laptop! As the exclamation mark suggests, it’s exciting. Those of you who have followed this rambly mess of a blog may have read a post I did week or so ago about the death of my previous macbook pro. That beast has been replaced and, after many hours of online research into different breeds of laptops, review sites, what would work best with my lifestyle, best deals etc, I bought…a macbook pro. Not original perhaps, but reliable, and I like that in a laptop. It’s lighter, faster, and very pretty. Like any new relationship we’re currently inseparable; always touching, learning and loving the nuances of each other’s personalities, and installing upgrades.

+ Like how France is kicking butt with this amazing plan to install 1000 km of solar panelled road. This is the future and I love it.
+ Further evidence on that point is how these scientists managed to design the perfect skipping stone. Why? Because why not? This is what science is for. There’s a video in the link and it’s a fun watch.
+ And to cap off the beauty of what the future can be is this cool news from Google about their plans to test solar powered drones that will provide 5G to the internet hungry masses below. Bless you Google.

All those were very sciency but I have some cool writing links to share with you tomorrow.