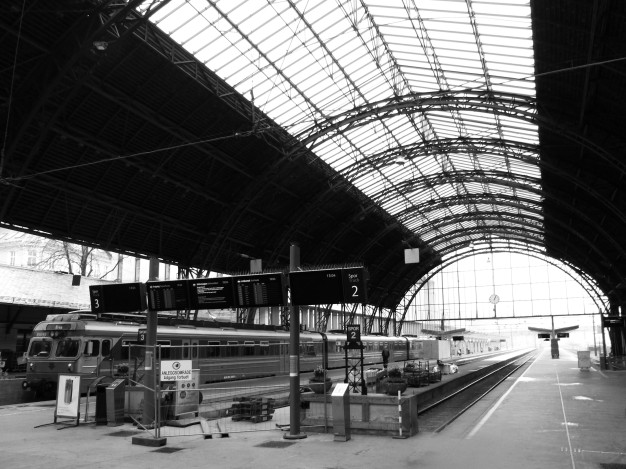 On Friday night I experienced a train trip that was such a positive experience it made me want to write it down.

I entered the crowded train, saw an empty spot, apologised my way to it, and settled in. Usually in such situations I’m on my phone like everyone else, actively avoiding the reality of a crowded train ride. For whatever reason – perhaps because I was in a good mood thanks to the knowledge that my brother Jonathan and his girlfriend Alexandra were flying in the next day – for this trip I decided to avoid it; instead embracing the experience. Because of this I paid attention to the people around me, I saw the details.

I saw a Dad and his son with down syndrome who sat across from me, off on a Friday night adventure, and I saw the obvious affection the man gave his excited son.

I saw a hispanic two or three year old with chubby cheeks, wide eyes, and a vacant expression. I saw the affect this adorable addition had on the people on the train, the small smiles she elicited when wondering eyes fell upon her dressed in her little sweater staring out at the odd world of the train.

I saw a waif of a woman, early twenties, who with closed eyes unabashedly mouthed along to the music from her headphones. I saw the small movements of her head and shoulders as they shifted to the beat of the music, a small outward expression of the internal dancing she was no doubt performing.

I saw the son with down syndrome ask his Dad to join him in a selfie, both giving wide smiles to whoever the recipient of the photo was to be.

I saw two hipster girls get on, one wearing denim overalls over a fuzzy mustard sweater that should have looked ridiculous but that she pulled off with laid back confidence and an easy smile.

I saw a crotchety looking old man enter and I saw his face light up as his eyes fell upon the small hispanic girl, greeting her warmly as though she were an old friend. I saw him beautifully, wonderfully, stereotypically pulled out a pack of Werther’s Originals and offered one to the girl, whose face broke into a rare smile as her Mum repeatedly prompted a ‘say thank you’ to her. I saw as the man and the girl sat side by side, shared in the act of eating the hard candies.

I saw the faded tattoos of the sixty plus year old woman next to me and wondered at the history behind them.

I saw the matching St Christopher stickers both father and his down syndrome son had on their phone cases, and smiled at the appropriateness of having the patron saint of travellers in your pocket at all times, not to mention on the train with us.

I looked at the people around me on our small corner of the train carriage and saw the details that made them them and wondered what they saw when they looked at me.