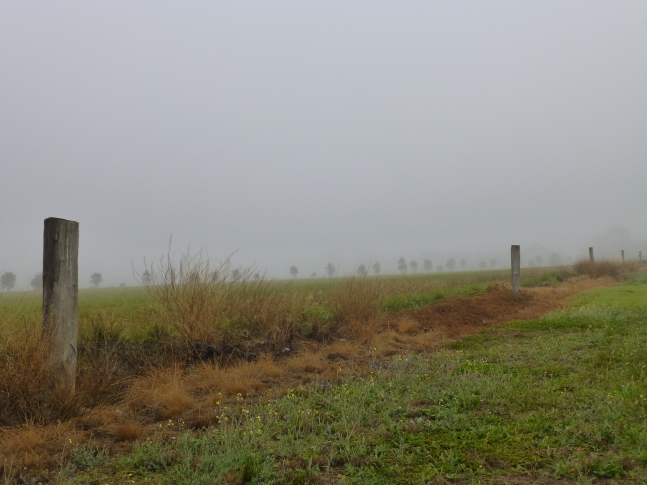 I finished a short story late last week and have been waiting to edit it. It’s a first draft so I have no doubt that it’ll need a fair bit of correcting and rewriting. I’m keen to do so. This one was a bit of a bear in that it took me rewriting the first few pages a number of times until it started to come out the way I wanted. It finally did – I basically needed to force myself to compress the writing, I was having too much fun and overwriting the heck out it to the point where I was drifting away from the plot line – and once done I happily progressed. That is until I got to that point in the writing, somewhere just past half way, where I start to doubt every aspect of the story.

This seems to happen to me no matter what medium I’m working with. On almost every grey lead drawing I’ve done I’ll come to a point where I’m sure it looks terrible. When I’ve done comics I’ll be three panels deep and convince myself the joke isn’t funny, or that it isn’t coming out the way I think it should. Even learning new songs on the guitar usually involves a time where I think I’ll never get the timing right. Inevitably, though, I do. Persistence is the key. Often helped along with some stern words from myself to convince me that I’m not completely terrible. Mostly persistence though. If I can maintain my persistence eventually the song starts to sound right, I finish the comic and find that I like it again, the drawing gets completed and I keep looking at it to tell myself what a great job I did, and, in this case, the story gets finished.

Luckily I know I’m not alone in this habit. Fantasy author, wearer of black, and all around nice guy Neil Gaiman wrote a blog a while ago about how he experiences the same thing. He detailed he would get to a certain point in his writing where he’d ring his publisher to tell her he’s terrible, the story is terrible, and everything is the worst. To which she responded with ‘you know you do this every time you write a book?’ Unfortunately I can’t find the link to that blog, but that’s the general gist of it. The point being that even the pros still have to go through this as part of their practice.

I got through it and came out the other end looking at the finish line. For me endings are the easiest and most enjoyable part to write. All the setting up’s been done, the challenging second act is complete, and now I get to just bring it home. Like I said though, editing will need to be done, and then a second draft. I’ve waited the week to do so because I think it’s a good idea to get some space between finishing and editing in order to see it with new eyes. Realistically I should probably wait more than a week but am too excited to go over it, then send it to my readers: The Lady holly and Brother Jonathan. Even just waiting a week was hard. I managed to get through it by working on some web series scripts I’ve been planning to do for a while. They were a fun change of pace and only required about a half day period of doubt. That might be a new PB.

Time for some internet things.

First up is this article from the AV Club about an app that lets you purchase leftover meals from restaurants at a lower price. The app, called Too Good To Go, was designed to try and decrease the amount of food waste happening across the world, and so far seems to be working. It started in Denmark last year and has already saved thousands of meals from being thrown away as well as prevented over 200 tonnes of carbon dioxide emissions. Basically you make the purchase using the app and then organise a time to pick up the food from the restaurant. While not available in Australia yet I hope it comes soon as restaurant quality meals at half the price sound like a pretty good deal to me.

Next up is a short story The High Lonesome Frontier written by Rebecca Campbell and published on Tor.com. It details the life of a song over one hundred and fifty years. Very enjoyable, and superbly written.

Brother Jonathan has a new blog up on his site detailing his most recent travels home to Australia. A quality read, as his often are.

Finally some sweet music by one of my favourite, if not favourite, artist; a man by the name of Passenger (aka Mike Rosenberg). He has a new album coming out at the end of this month, this time featuring a backing band. If this first track Young As The Morning Old As The Sea is anything to go by it’s sure to be another great one.

Until next time remember that the best way to get through a rough patch is to keep going.