Music today comes from Donovan Woods, a singer songwriter from Canada. This song is one of my favourites from him and is entitled Put On, Cologne

Last year I wrote a novelette entitled The Case of Henry and the Hamster, about a simple man with a Sherlock obsession and a murder to solve. As it’s a bit of an awkward length – novelettes being a harder sell for competitions and magazines and the like – and because I’m not sure what else to do with it, I think I want to self publish it.

Self publishing, though, can be a double edged sword. On one hand it’s great that we live in a time when such a thing is possible, where I can get my words out there to anyone who’s interested, and that anyone can do it. On the other hand, anyone can do it. This has lead to a flood of self published books being released on the market, most of which aren’t of the best quality. Because of this there’s a stigma around self publishing, one that’s not entirely undeserved. There are exceptions, of course. Andy Weir, who wrote The Martian, started by self publishing his novel one chapter at a time. Likewise Cory Doctorow, who wrote Little Brother and many other great books, offers all his books for free in digital format off his website. Both of these guys do have publishing deals as well but I’m encouraged that they had a strong enough belief in self publishing to try it, and that it payed off.

Ultimately, for me, it comes down to why do I want to do it and what do I expect from it. Do I expect to release my story and have it take the world by storm? Hell no. Do I expect to make money off of it’s release? Again, no. If I do release it I’m planning to make it available for free. What I really want is to release it and have at least some people read it, more than just the five family members I can count on to download my story. Realistically, this isn’t a lofty goal, which puts a pretty big tick in the pro column.

One thing that’s holding me back is that on some level I think it’ll decrease my chances of being seen as a ‘professional writer’. Part of the problem is that I know someone who has self published and it made them look a fool by doing so. This was, however, entirely because of the way they went about it. The person in question repeatedly told everyone, both on social media and in real life, that they’d “been published”; purposefully neglecting to include the ‘self’ part of the process. They also charged their friends and family for their work and then pressured everyone around them to buy it. This person is admittedly not the most mature person I know and I believe they did have the false expectations of taking the world by storm and making a lot of money. I am not that person, I do not have those expectations, and probably need to put that worry behind me.

Another reason I’ve been waiting is because I was wanting a bit of a fan base to release it to, or at least a small group of people who don’t know me immediately who might be interested in reading it. This is a really tricky one because how the hell does someone get a fan base? Really, it hadn’t even occurred to me to try and do so until I started contributing to the Sanspants Radio podcast, Movie Maintenance (which does have a fairly solid fan base). I’ve been writing this blog for a little while now and have been slowly getting more followers (hi all!), but after doing the podcast and being encouraged to join twitter those numbers have increased. This is really the entirety of my tactics to get a fan base; be consistent in posting blogs, contribute to the podcast, and try and be as funny on twitter. Although, on that note, Sanspants have recently started releasing radio plays as part of their content and one of the producers, Gabe, recently suggested we rework The Case of Henry and the Hamster to fit that format. Which, if anything, is another tick in the pro column because it means listeners of the podcast who enjoy the radio play are more likely to download the story and share it around. Basically, I can poach some of their fans rather than rely on having ones of my own.

The big and final tick in the pro column is that Brother Jonathan generously gifted me a printed version of the story for our 30th birthday (‘our’ due to the fact we shared a womb, aka, twins), complete with a gorgeous cover he designed that deserves to be out in the world. Which is why I’ll show you it right now. 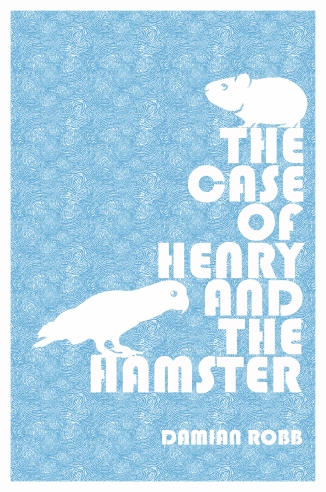 Pretty, right? The printed version came up great and ideally I’d like to offer them to people, but as that will cost them cash I think I’ll stick to the digital version for now.

Ultimately, there’s never a perfect time to release a first story to the world, especially when you’re doing it yourself, but I think I’ve wrestled up enough cons to convince me to do it, even if those five family members are the only ones that download it.

I guess what I’m saying is, expect to hear more about where you can download it from real soon.

Thanks for helping me talk this one though, you’re a pretty good listener.

Remember, while the squirrel may save up nuts for winter the bear just falls asleep. Which means there really is no one right way to do a thing.