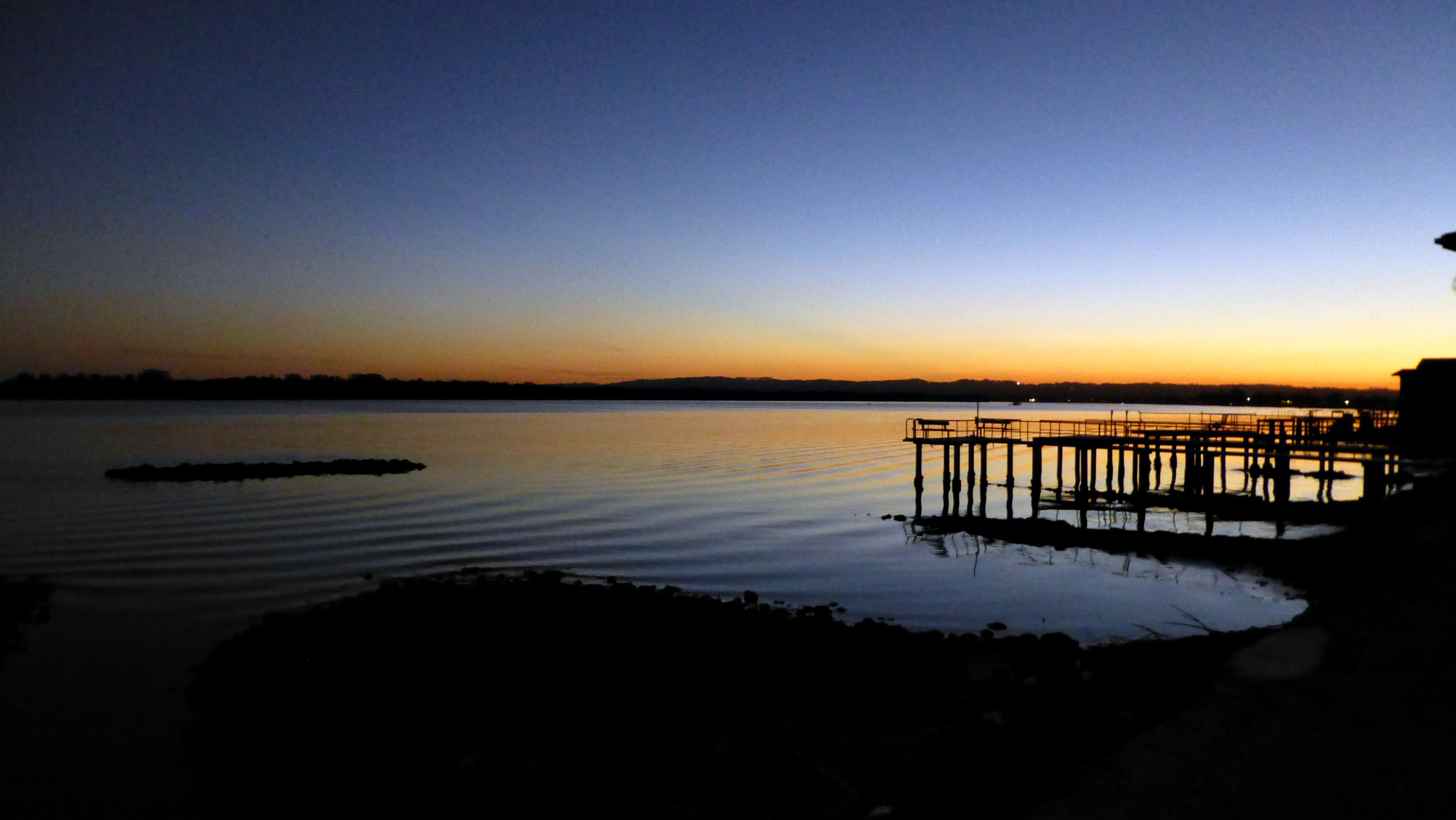 Today’s music is from Englishman Newton Faulkner, mostly because I relistened to his album Write it On Your Skin then other day and remembered how good it was. This is the title track.

I mentioned in the last post the in order to start getting that project completion high more often (and share more of my writing) I would write a new piece of flash fiction every weekend. I then immediately failed in this task.

Admittedly, that first weekend, I did a tonne of writing, it just wasn’t towards any flash fiction. Instead it was towards the horror novella I’ve been working on, the one that will be combined with three others (written by podcasting pals) and then printed in an anthology known as The Seasons of Fear. The good news is that it’s finished! Other good news is that early reader, The Lady Holly, has said she’s enjoying it. Admittedly, she may be biased due to the whole loving me thing but still, it makes me happy.

This one took quite a bit out of me – a lot of forcing words out, a lot of doubting, a lot of rewriting – but it feels like another satisfying step towards me becoming a better writer, which is more than enough reason to make it a positive experience, let alone the potential to share it with readers. I will be sure to pass on further details once they’ve been confirmed.

But, back to the flash fiction. So, first weekend, fail. Second weekend (the one just passed), success! I wrote a 900 word sci fi story, that came out quite well if not easily, and most importantly definitely gave me that satisfaction that comes from have a completed piece of work; even a very short one. The plan is to share it on here tomorrow, after rejigging the website a bit to figure out the format I’ll share them in, and then share a new one every Monday indefinitely.

I’m already looking forward to writing the next one, now I just need to figure out what it’s going to be about.

I posted a tweet, a joke, that turned into a mythical piece of folk lore: 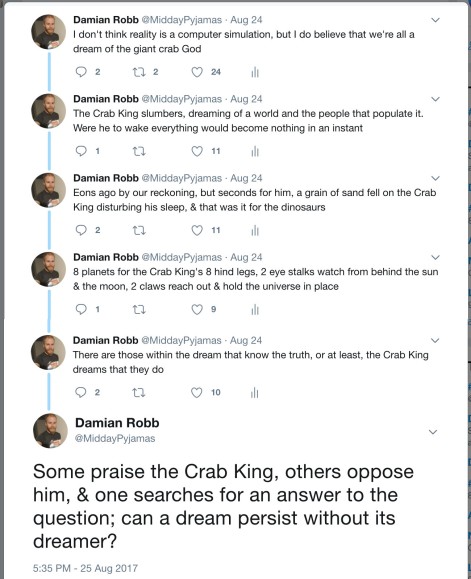 Then something amazing happened.

Something that optimizes the coolness that can come from making connections on the internet.

Something that made me giddier than the giddiest schoolgirl. 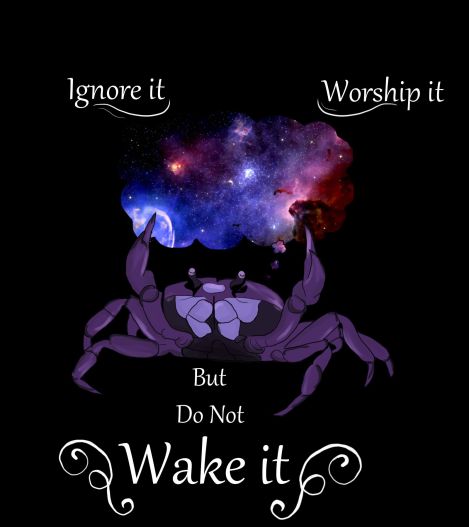 I love it! Full thanks and credit to Lena for its creation.

I’m now thinking to write a radioplay about the world of the Crab King, long may he slumber.

Finally, I saw this short video this week that I thought was quite nice, not to mention good advice. Check it out.

That’s it for the blog this week, flash fiction coming tomorrow.

Remember, it is better to burn with embarrassment than to drown in doubt.