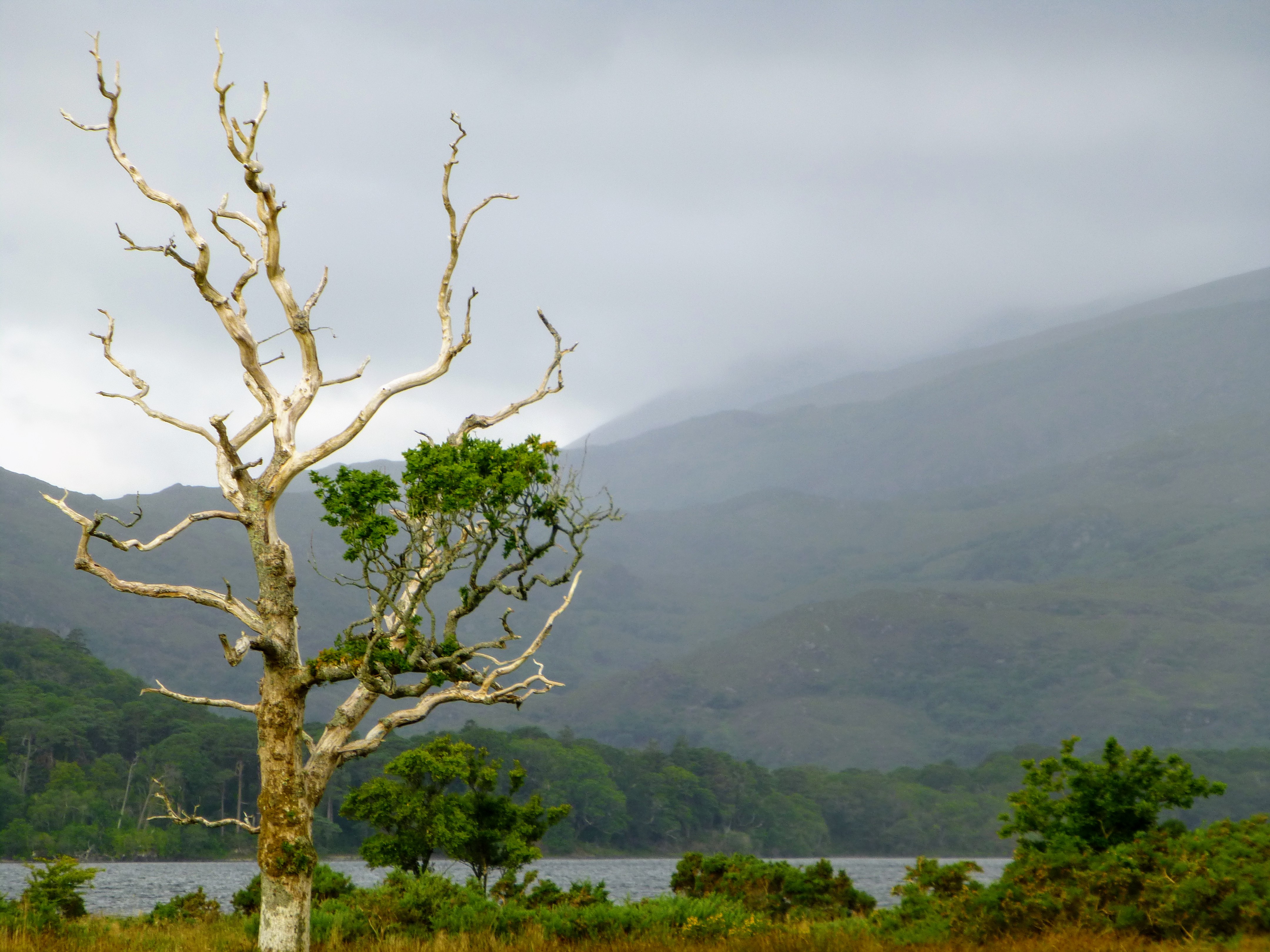 At the moment of writing I am sitting in a low lit pub, heavily wooded, founded back in eighteen something something, and festooned with Guinness paraphernalia. There is a beer in front of me, it is black and creamy, and whenever I take a drink it adds a second mustache on top of my home grown one. Across from me sits the Lady Holly, she is looking lovely

This is a scene we have repeated many times in the past week as we’ve road tripped across the western edge of Ireland, and I have yet to grow sick of it. Far from. Were it not for the cost and the effect all the beer is no doubt having on heart and liver, I feel like I could continue this trend forever.

We’ve had many pleasant days in this wet and green country, but I’d like to tell you about just one as I think it epitomises the rest of them. The day in question was last Thursday.

We woke in the comfortable AirBnB we had rented, and I started the day by excitedly checking my phone for news of the imminent birth of my nephew. All was silent on the Eli front, so I got up and started getting ready for the day we had planned from the advice of previous tenants of our room, collected in a small book left by the owners of the house.

We were in Killarney, which has won itself the spot as my favourite place in Ireland. It had stiff competition, as all the places we’ve visited had either fine pubs or beautiful nature. Killarney, however, has both. They tag themselves as ‘the town in the park’, the park being The Killarney National Park; an impressive expanse of woodland that contains lakes, mountain peaks, waterfalls, red deer, and, for two days, two Australians named Holly and Damian. The park is large, one hundred and three square kilometers, and circles around one third of the town, giving Killarney a perpetual hug. Then there’s the town itself, which is full of character and overflowing with pubs. Over fifty in total, each one full of beer, rich food, and, come the night, traditional Irish music. But we’ll get to that.

We left the house and picked up a lazy man’s breakfast of a pre-packed sandwich at the nearby Tesco, and then traveled the short seven kilometers to the park and Muckross House; an old Tudor-style mansion that forms the heart of the national park. After doing a quick lap of the house we left it to the busloads of incoming tourists and walked further into the park, towards Torc waterfall.

The day was surprisingly sunny. We had already learnt by then that any weather in Ireland is only ever temporary, and so, counting the current sun as good fortune we hurried on, marvelling at the twisted trees by the cold blue lake before edging into the lush wet forest.

It didn’t take long before our now well worn-in boots traversed the trail to the waterfall. It was heavy with water, cascading down into the clear river and mossy rocks below. The full trees sheltered us from the now light rain, with edges of sunlight already returning. It was a fairy tale scene, one that made me look around for the nymphs and pixies that I knew had to be hiding somewhere. After a poorly taken selfie we continued on, walking a trail uphill. We climbed up above the lake, the kilometers falling away behind us. We finished the trail but found we wanted to walk some more and so entered another feature of the park; a route that took you through the workings of a traditional farm. It was spotted with old farmsteads, saddle-makers, and a schoolyard–but easily the best part was the animals. Pigs and donkeys and Irish wolfhounds and goats, all happy to receive a scratch around the ears and a pat on their bottom.

It was now close to one o’clock and having had our nature craving sated headed into town for a drink. We took our pick of one of the local pubs and settled in, me with my laptop to work on a story, and Holly with a book. A few hours and drinks later (and a lot of “fooking insert-word-here” from the locals) we decided we needed some fresh air and so, braced against the now cold, headed towards the local cathedral. We saw some green behind it and followed the footpath in, only to realise it was yet another entrance to the national park. We saw signs towards Ross Castle. Carefree and with nothing else pressing, decided it must again be the walking part of our walk/drink cycle, as so started moving. It was slow movement thanks to routinely standing under trees to wait out the latest batch of five-minute rain, but pleasant, warmed by the romance of the moment and the beer in our bellies.

A quick walk through the castle was followed by deer spotting and the fervent wish that a badger (magical or otherwise) would join us on our walk. None did and we made it back to town, taking our total kilometers walked for the day up to twenty one. We took up residence in another pub to while the evening away before hopping to a restaurant for dinner, and then from there to yet another pub called Courtney’s to await the night’s music.

We had passed Courtney’s the night before, drawn in by the sound of it’s resident band only to find many others had already followed the lure and that there was no seating available. We had been determined not to make the same mistake twice, and so got in early to score the best seats in the house. It was worth it. The band wasn’t really a band, but rather one guitarist who had invited any available friends to come jam with him. At first it was him and an accordion player. They belted out two toe tapping tracks, both exceptionally proficient at their chosen instrument. Then a third fellow joined them. I eyed his instrument case keenly, hoping with everything I had that there was a fiddle inside. There was. The next song started, rich, and fun, and improvised. Then a fourth man pulled up a seat and took out an instrument that I had never seen before and that I can best describe as somewhere between bagpipes and a clarinet. I’ve since learned the instrument are called Uileann pipes, and can tell you they were a treat to watch played. With all the avengers assembled the music rose to even greater heights that left me grinning like a pleased pug. The atmosphere was perfect. The pub, older than my great great grandmother, was full with tourists and locals alike, the candlelight giving the space an almost ethereal glow. I had a drink in front of me, Holly beside me, and music swirling around us both like water in a river.

The next day Holly wrote about the music of Courtney’s in the book at our AirBnB and I couldn’t help but wonder who would come after us, who would read her words and retrace our steps to discover the sights and sounds of this soul warming Irish town. I hope they enjoy it as much as we did.