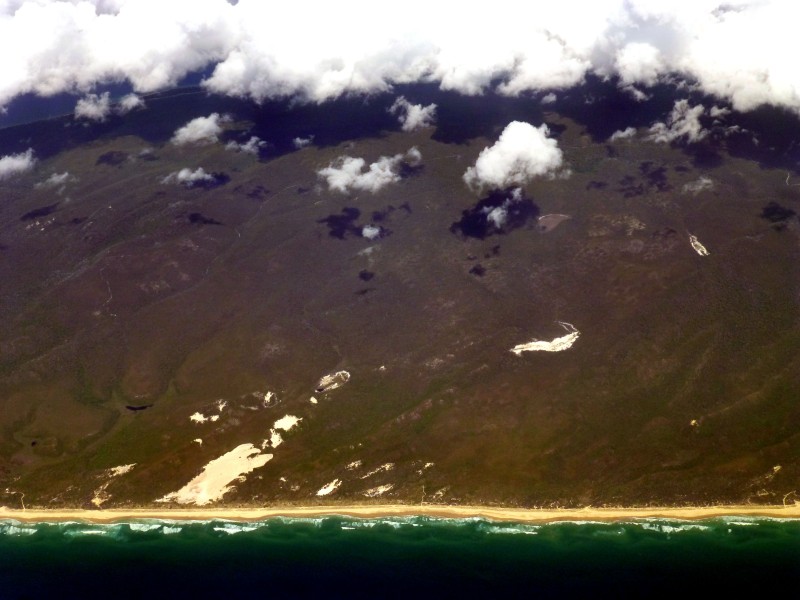 Another track from The Revivalist is today’s blog song mostly because I haven’t been able to stop listening to their album Men Amongst Mountains since the last time I posted. The track’s entitled King of What and provides a beautiful and unique combination of sobriety and funk

Another thing that’s happened since the last time I posted is that the Lady Holly and I went on a holiday. The Sunshine Coast in southeastern Queensland was our destination and it lived up to it’s name being both sunny and on the coast. Beaches weren’t out main destination however, as neither of us are really beach babes owing to our pale skin and fear of the sun.

We instead took to the hinterlands and spent most of our time walking through the rainforests common to the area. It was truly glorious. I’m no stranger to Australia’s national parks having grown up with parents who, on a lazy weekend or trip away, would choose to take their four children on a bush walk over, say, an amusement park. For this I thank them, amusements parks are overrated in my opinion (and the rides are way to scary). However, these trips were usually in country Victoria where the landscapes, while full of foliage, lend themselves more to the browns and duller greens of the bush rather than the multitude of colours that are found in the rainforest. While I’ve been lucky enough to visit the Amazon any kind of jungle stills amazes me. The variety of flora is thoroughly outstanding and the scope of it equally so; the Lady Holly and I quickly got sore necks from looking up so much. Walking underneath the giant canopy, feeling the temperature drop ten degrees as we did so, was blissful and soothing in a way I didn’t realise I wanted until I was there, and it was nice to spend time with my girl where we could talk, and laugh, and be serious, and be silly.

We were also blessed in the abundant amount of wildlife that made itself known to us as we wandered around this beautiful part of the country. And I truly mean the wildlife came to us. From the balcony of our first accommodation, located on the edge of one of the national parks, we watched as a sugar glider glided onto a tree not an arm’s length away from us where it started battling with another sugar glider that we hadn’t even know was there! I took what photos I could but mostly we just sat amazed and stared at the adorable little creature as it ate ants and quickly became one of our new favourite creatures. After spending some time inside we decided to go out onto the balcony again to see if we could spot any other wildlife. I took a single step out then immediately stepped back inside because a large (about the size of corgi) ring-tailed possum was looking at me. This possum, who we named Barney, was not at all intimidated by our presence and instead chose to quickly rush at the door, no doubt hoping for food that past vacationers had fed him. We took more photos, both amused and a little afraid of his boldness, sure that if we let him Barney would happily enter our small cabin and make himself at home. The next morning a brush turkey had taken Barney’s place and was waiting at our door for us to wake up. During the week that went much too fast we also saw many kookaburras, parrots, and other birds, multiple species of lizards (including one half the size of my pinky finger), all sorts of insects and spiders (including one the size of my hand), and a large goanna who walked a path with us for a while before lazily making his way up a tree. It was my kind of holiday.

Of course, residing as we do in Melbourne, we had to fly there. I don’t always do well with flying. I have a not uncommon phobia that inevitably dulls some of the initial excitement of a trip like this. As I often do before having to fly I found myself the night before imagining myself in the plane, pushed back in my chair as it and I left the ground. I think my brain completes this ritual as a way of psyching myself up for the real thing, an attempt to get used to the idea before it happens. It might help, I’m not really sure because when the reality is facing me and I feel my body leaving the ground for real my heart still begins to race and my hands grip hard to whatever they can, desperate to hold onto something solid. I find it unlikely that I will lose my fear of flying anytime soon seeing how it is grounded so thoroughly into my adult psyche, but I don’t really mind because the good thing about this fear is that it consistently reminds me that anything worth doing is worth some hardship. Every time I fly the challenge of facing my fear is immediately rewarded with a new place to explore, or, alternatively, the comforts of returning home; as well as an elation when landing that someone can only experience after a near death encounter (or an encounter their brain is convinced was near death, even when it wasn’t). I know the statistics say how unlikely it is that I will die on a plane, or at the very least tell me all the ways I’m more likely to die just from going about an average day, but this never seems to have much effect on my involuntary reaction. Probably because that’s how phobias work. Nevertheless I will keep stepping on to planes no matter how much my autonomic nervous system wants me not to because ultimately I know the risk is always worth the reward.

For now my reward is being home alive and safe with memories of a week spent in the wild.